In My Own Words - Ebenezer Nimoh, CRSP

In My Own Words - Ebenezer Nimoh, CRSP 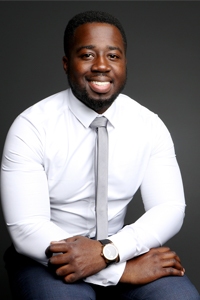 Why did you decide to pursue a CRSP Certification?
For as long as I could remember, I wanted to help people make positive changes in their lives. As a liaison within an organizational structure who champions safety from the corporate level to operational level, it was always important to me to establish myself. Pursuing the CRSP meant that I would be ensuring the organization that I would adhere to the quasi-regulatory body of professionals who have established a high level of competency. If I was going to solidify my commitment to safety, I knew this route would be the pièce de résistance.

How did you find out about the Certification?
As I began my professional development through the Alberta Construction Safety Association, I often heard the CRSP being referenced by students and instructors. While the NCSO was the most coveted for the purposes of the institution, my curiosity always found itself wandering and wondering about the pathway to the CRSP. Having touched based with two very close mentors who were already CRSP’s, I was persuaded that this was the path to travel on to be versatile in every industry.

How long have you had your Certification and why do you still maintain it?
As of now it has literally only been a few months that I have had the CRSP certification. Down the road, if the question were asked of me again, I’d have to say that maintaining it ensures that your knowledge remains current. Ensuring that modules are completed are to keep the safety professional aware of material which is applicable and necessary for practice.

If you could give some advice to someone about why they should be a CRSP, what would you tell them?
Being a CRSP means that you want to take your profession and elevate it to a realm of professionalism. In a world were many industries have established certifying bodies (CSRT, RN’s, etc), it doesn’t seem logical to exempt yourself from a designation which has existed for over 40 years! If you are someone who sees the value in investing in yourself, then the journey to becoming a CRSP is yours for the taking. It will be long, a roller coaster of emotions, and quite costly, but you will gain such a sense of fulfilment upon passing the CRSP exam and thereafter.