In My Own Words - Angelica Rotundo, CRSP

In My Own Words - Angelica Rotundo, CRSP 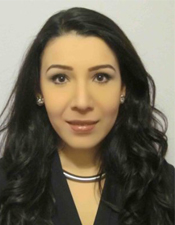 I can still remember the very day I decided I wanted to become a CRSP. I was 22 years old, sitting in my Manager's office at my very first job. Fresh out of school and eager to learn, I didn't know much about health and safety, but somehow I had miraculously landed a job in the field through the co-op program at school. Out of a class of 40 students, there was only one position in OHS. To my dislike, not a traditional HR role, and with some hesitation and some anxiety, because health and safety had been the least interesting course in the program. After a number of interviews, I had somehow secured the OHS role. It was simply meant to be; it was fate.

It was in my first months at that very first job that I glanced over at my boss's wall and saw a shiny certificate, the only one hanging on the wall, with a gold seal and elegant script. I was curious, so I inquired. My manager explained that it was the holy grail of the health and safety profession. She went on to describe how incredibly hard she had to work to achieve it, tireless nights, long months of studying and dedication. She disclosed she had been unsuccessful on her first attempt because she did not do a prep course, but after taking a well-known consultant's course, she had passed with flying colours. She described it as one of the happiest days of her life. I was sold, more determined than ever to pursue this incredible dream she had described. It became my life goal to become a CRSP, to be a fully certified OHS professional.  The journey was long and arduous, six long years of earned experience, beaten obstacles, and a number of professional and personal tribulations. The day came when I received my letter of acceptance from the BCRSP. It was without a doubt one of the most significant moments of my entire life filled with satisfaction that can only be enjoyed after knowing that I poured my heart and soul into obtaining my professional designation. All blood, sweat, and tears paid off the day my dream came true.

To all that have ever considered pursuing their CRSP but feel that there are many factors holding them back, I say push forward, fight, and persevere. It is wonderful achievement and you should not let anyone or anything stand in your path of success. Remember that as Neale Donald Walsch cleverly said, "Life begins at the end of your comfort zone."