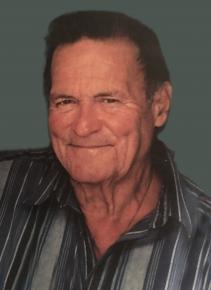 I don’t recall precisely the first time I met Avery, but I suspect it was at a function of the Canadian Society of Safety Engineering (CSSE), most likely, a Professional Development Conference where, on banquet night, he loved to perform his version of Rolf Harris’s “Jake The Peg” routine (Google it).

I was privileged to observe and learn from him in his leadership role serving as president of the CSSE (1977-1979); as a BCRSP governor (1976-1990) and as Governing Board chair (1978-1980). He held those positions because of the respect and confidence he earned from his peers across Canada. While his day job was with Ontario Hydro in London, ON, his full-time passion was the advancement of the OHS profession, specifically, the OHS professional.

My first working experience with Avery was when I served as a CSSE director, representing the Toronto Chapter. It was during this time that Avery passionately pursued the registration (certification) of OHS professionals. He had the wisdom to understand that such a program could not be part of the CSSE, but needed to be a separate entity solely devoted to certifying safety practitioners (a current ISO 17024 requirement). He, and a small group of like-minded professionals, set about developing a certification program.

To his, and their, credit, the foresight to create a certification program which is very similar to the current one, was remarkable. While the process of application, assessment, interview and examination has been significantly enhanced since the late 70s, the general path to certification remains the same.

In the early days, Avery faced much criticism and ridicule over his certification dream. Perhaps not surprisingly, most of that criticism originated from within the OHS profession. He pressed on, fully believing that such a program was essential for the credibility of the profession and because he truly believed that, “If we don’t do it, someone else will and those people may not be OHS professionals” and that would be detrimental to the future of the profession.

The early days were a challenge. After a small but initial rush of applications, the program attracted sparse interest and in some years only a handful of applications were processed. Not to be denied, Avery continued to promote the designation at every opportunity and slowly but surely, certification began to attract greater interest across the country.

Through the foresight of the original Governing Board, a solid foundation was laid for the certification program that exists today. Looking back, I’m quite sure that in his wildest dreams, Avery would have never envisaged the significant impact the CRSP designation has on today’s Canadian workplaces. The numbers and acceptance of the designation are most impressive.

The ISO 17024 and 9001 accredited program is recognized by employers and government regulators as the Canadian standard for the certification of OHS professionals. That is a testament to Avery Spencer, a pioneer, a visionary and a highly respected champion of this very special profession. I am proud and honoured to have called him a friend and a colleague.

“There is no such thing as an ending, just a place where you leave the story.” (The Second Best Exotic Marigold Hotel)