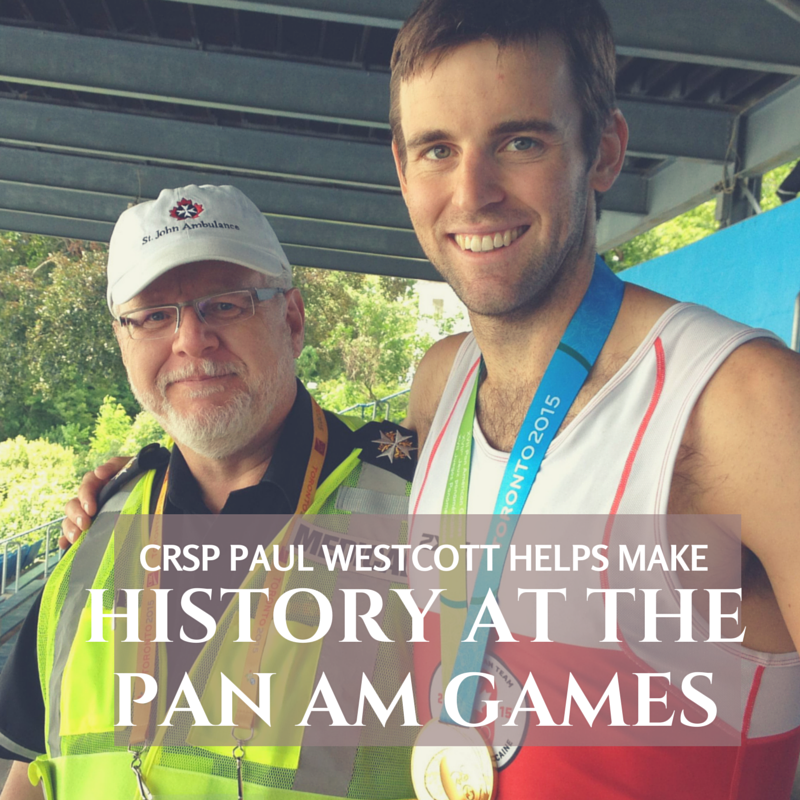 A whooping 23,000+ volunteers donated their time to the Toronto 2015 Pan Am Games (July 10–26) and the upcoming Parapan Am Games (Aug. 7–15). CRSP, Paul Westcott from St. John's, Newfoundland was one of those dedicated volunteers.

“Although I was working in safety for many years before I received my designation, it was still a big accomplishment for me and set me apart from others in the field,” says Paul.

The PanAm games was the biggest event Paul has ever worked and he made history with his fellow volunteers, by being part of the largest ever team of volunteers in Canadian Peacetime.

“The experience was incredible,” remembers Paul. “It was so fascinating to see how everything and everyone worked together and interacted to ensure success. I’m extremely proud to have been a part of it.”

Luckily for Paul it wasn’t all work, there was definitely much fun and games of course.

“I was able to watch the Water Polo and Badminton and the energy and excitement from the crowd was amazing. I also met Canadian Rowing Gold Medallist Mike Evans, and that was a great experience.”

Paul is committed to health and safety and has received dozens of medals and awards in safety, as well as accreditation from his work in the Canadian Forces. Paul retires from the Canada Post Corporation in Newfoundland and Labrador in 2014 and he’s currently the President of WEST Ltd.

Thanks to Paul and all volunteers for your time and commitment. Great Job!